Between 2020 and 2030, several large-scale CCS facilities will become operational in north-west Europe. While not the first, that honour already taken by the Sleipner CO2 storage site, they represent a significant step forward in that CO2 will be sourced from onshore industry and power generation, transported onshore and stored in the subsurface.

In this contribution, we share a summary overview of those sites focusing on Northern Lights, Northern Endurance and Acorn.

Europe is leading the way in the energy transition with growth in renewable energy sources being part of a wider story with many elements needed to deliver a sustainably developing and economically viable energy transition. The International Energy Association (IEA) estimates that the emissions generated by industrial processes from energy production to product creation constitute a quarter of the world’s carbon emissions. Figure 1 shows a map of global CO2 emissions from power generation highlighting optimal areas for Carbon Capture and Storage (CCS) project development. Carbon capture and storage are required to deliver the integrated energy system that facilitates efficiencies and transition while global energy demand continues to grow. The IEA includes the need for CCS in its roadmap to net zero by 2050, stating that
reducing the role of carbon capture (as well as nuclear) will make achieving the net zero goal more costly and less likely (IEA, 2021).

The CCS Sites
The Global CCS Institute reports that the worldwide 2020 carbon capture capacity is about 40 megatons and needs to increase to more than 5 gigatons by 2050 for a two-degree trajectory. The current biggest European marine CCS hubs typically aim to store up to 5 megatons per year by 2030 albeit with expansion potential indicating under-capacity in storage relative to emitted
CO2, with the link between capture rates and injection
rates expected to evolve over the coming years. 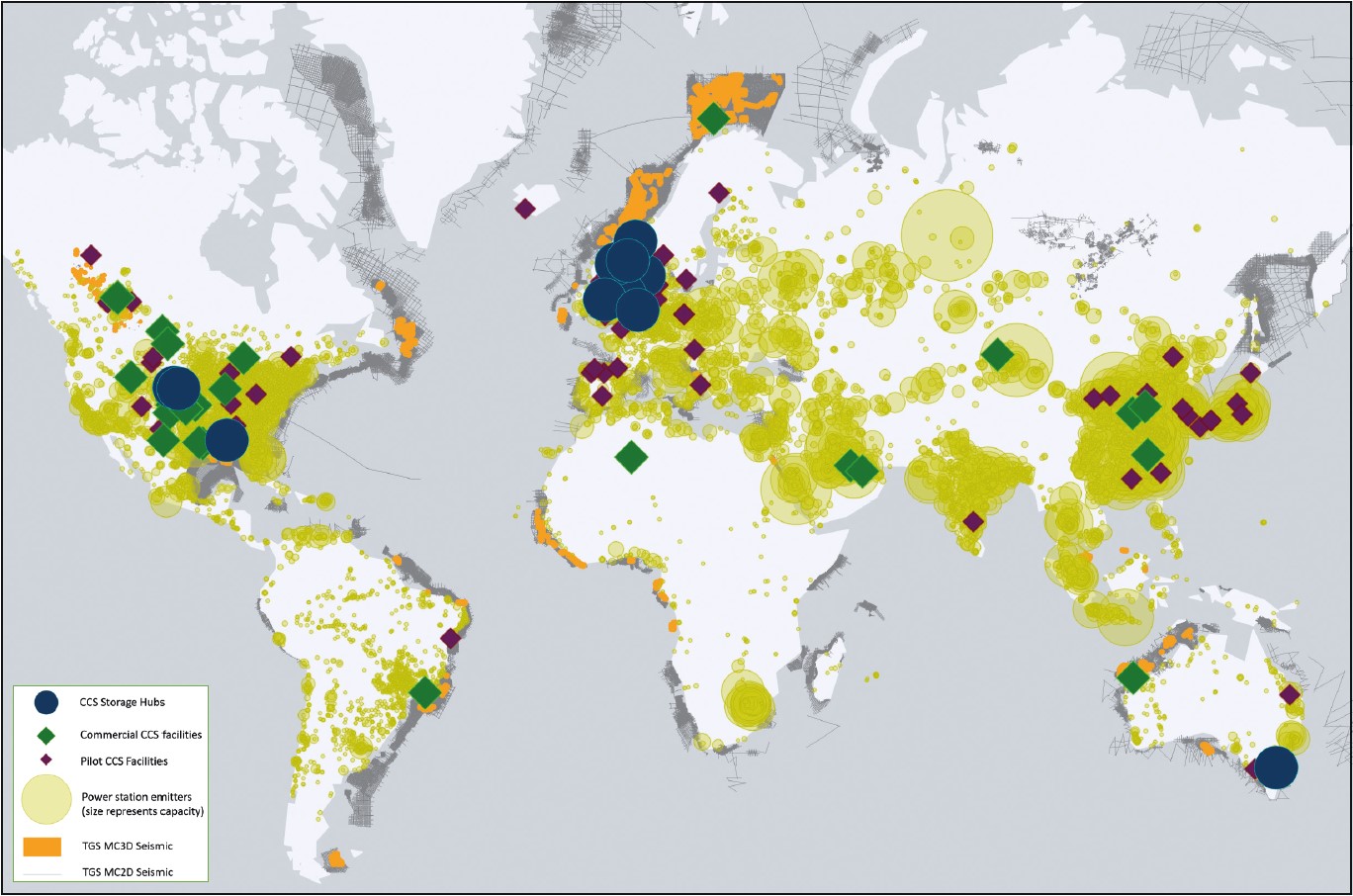