PERTH, AUSTRALIA (16 February 2012) - TGS has commenced acquisition of a 3D multi-client seismic survey in the Outer Exmouth Plateau area. The new survey, Gnaraloo, covers 2,093 km2 over parts of blocks WA-347-P, WA-348-P and neighbouring open acreage to the north of the Mary Rose Northeast 3D multi-client survey, previously announced in December 2011. The Gnaraloo survey ties in with existing modern 3D coverage in the area. Upon completion of the Gnaraloo survey, the TGS portfolio of 3D multi-client coverage in this highly prospective area offshore Australia will exceed 14,000 km2.

The seismic data is being acquired by the M/V Geo Atlantic and is expected to complete during early Q2 2012 with final data available in Q4 2012. The survey is supported by industry funding. 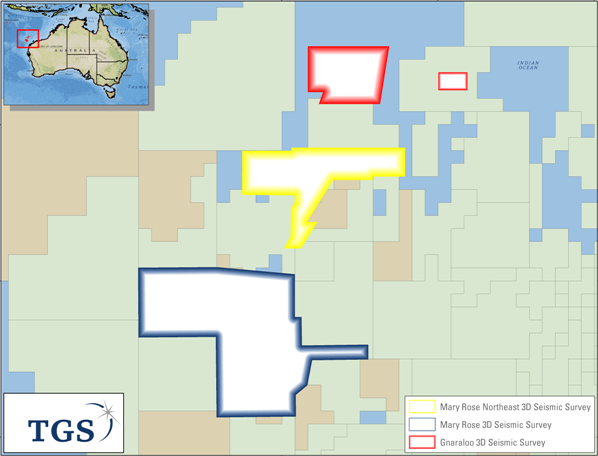