The South Hackberry 3D seismic survey extends TGS’ seismic data coverage in the core of the STACK trend.   This new project will encompass 353 square kilometers and when merged with Hackberry Complex 3D, the combined surveys will encompass approximately 1062 square kilometers.  The survey extends TGS’ contiguous 3D data coverage in the STACK where the subsurface is characterized by a strong structural overprint with faulting at the Mississippian and deeper levels.

Recording will commence in Q3 2019 and will be completed before the end of the same quarter.  The data will be processed by TGS utilizing its modern land imaging technology.  TGS will offer a full suite of reservoir characterization products enhancing subsurface understanding and illuminating its complexity.  The South Hackberry 3D is complemented by TGS' geologic products which includes a basin stratigraphic model that is derived from an extensive library of TGS owned high-quality well data in the Anadarko basin.

"This new project enhances TGS’ dominant position in the SCOOP and STACK within the Anadarko Basin. With the addition of the South Hackberry 3D we continue our focus on building contiguous modern seismic coverage in high potential onshore plays that benefit our customers exploration and development efforts” stated Kristian Johansen, CEO for TGS. 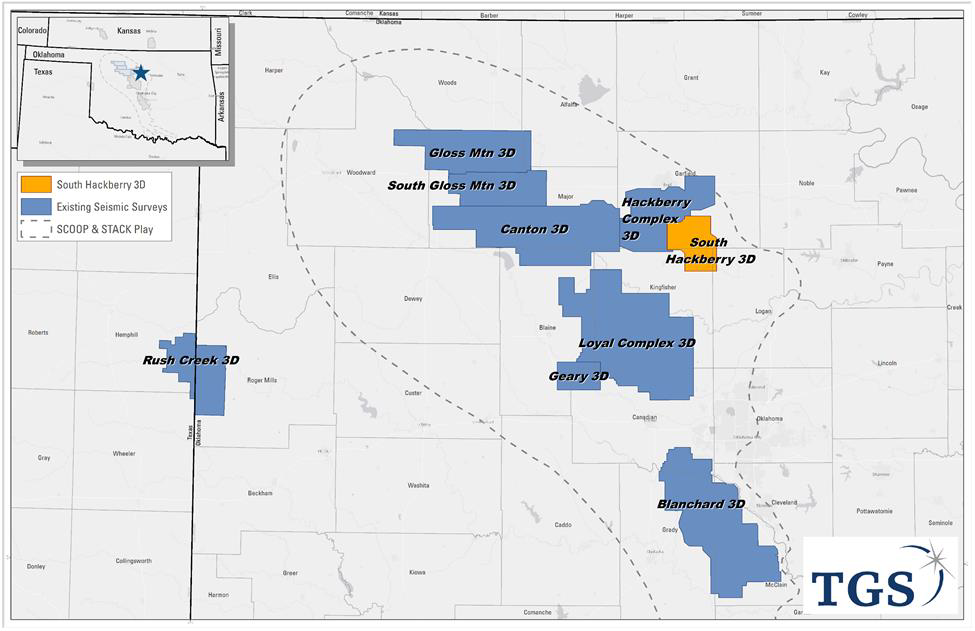