HOUSTON (18 January 2012) - TGS has reached final agreement with Sonangol E.P. to commence acquisition of a 3D multi-client survey covering nearly 12,500 km2 offshore Angola.  The survey will initially commence over blocks 36 and 37 in late January, then continue over block 35 with acquisition scheduled to complete during Q3 2012.  These are highly prospective deep water pre-salt blocks awarded by state-owned Sonangol to E&P companies in late December 2011.

The high-potential pre-salt hydrocarbon play off the coast of Angola lies between 2,000 and 5,000 meters below sea level.   Angola is already Africa's second largest oil producer and the conjugate margin pre-salt basins, which are believed to be similar to hydrocarbon rich basins offshore Brazil, open a new frontier in petroleum exploration.

"We look forward to our new, long-term relationship with Sonangol to support oil and gas exploration in the Republic of Angola," commented Rod Starr, Senior VP Africa, Middle East and Asia Pacific for TGS.  "Entry into this market is consistent with our plans for strategic growth.  TGS' commitment to expanding multi-client data in the offshore areas of West Africa has extended over 10 years and we are excited to have the opportunity to now add 3D data in offshore Angola to the TGS data library."

TGS has chartered vessel capacity for this project.  TGS will process the 3D seismic data in both time and depth using its proven sub-salt capability developed in similar basins.  Preliminary products will be available to participating companies in Q4 2012 with a final processed product expected by Q4 2013. 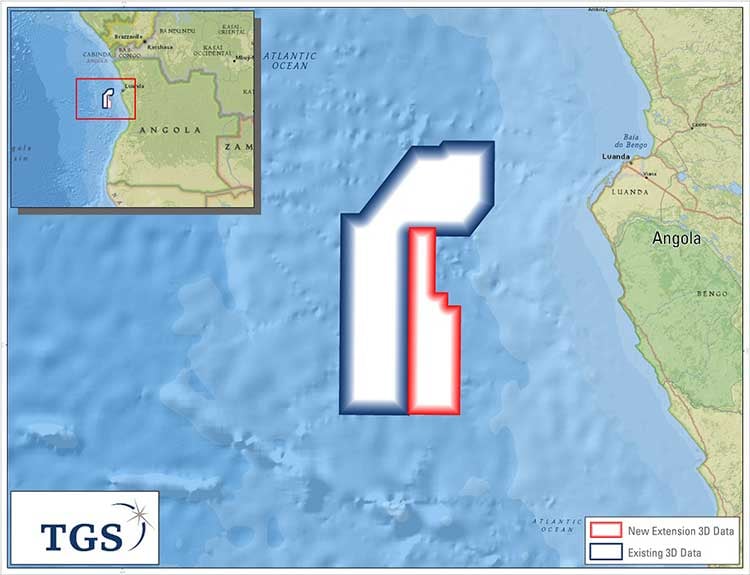